One of a kind mock up sample of a Boba Fett action figure on POTF card.

The POTF line ended early with the release of the first wave (Last 17) and this Boba Fett never hit the stores. It´s the only existing example, from the collection of Justin Kerns.
This figure was hand made with a proof card and hand cut bubble. It was used for the 1985 Toy Fair catalog. 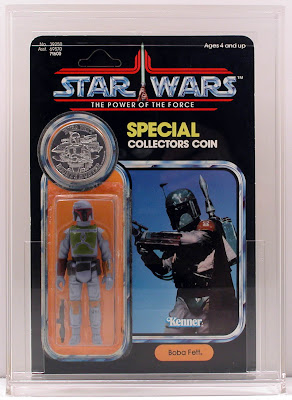 please i need your help.i am searching this figurine photos.i need very clearly and net photos.