One of the rarest licensed carded Star Wars figure.

The Takara R2 came out in Japan in 1978. It was an unlicensed item and later licensed by Kenner. Although it was one of George Lucas favorite items, it was never released in the US.
This wind up R2 was offered in Japan in a baggie and offered on a backcard only in Canada. 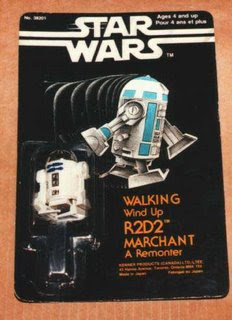 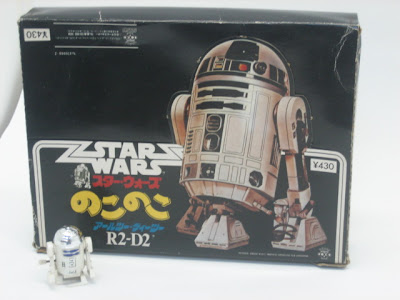 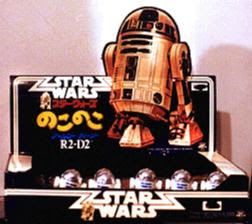 Do you have any idea how much the Japanese version is now worth (without its "baggie")?